After a brief insta conversation with a friend from High School, I immediately knew I had to write a post about this topic.  I had asked where daughter’s amazing tutu was from (life of a mom) and the conversation turned into her in admitting she was in a state of fear of giving birth to her second in the coming weeks.  Sure we all felt scared about the “normal things”, when will I go into labor? will my epidural work? who will watch my older child when I go into labor? but no one talks about what we are all secretly feeling…will I love my 2nd child as much as my first?  There I said it and yes I thought about this almost every single day of my pregnancy with Jett.  I always knew I wanted my kids close in age and got pregnant with Jett when Jagger was only 17 months, still a little baby, my little baby.  Jagger and I were inseparable to a fault and in this crazy dysfunctional co-dependent relationship.  Yes, I had MAJOR baby blues his first few months of life and struggled with my new job as a mom but my love for him was nothing I had ever felt before.  We did everything together, we went everywhere together, I protected him from the scary world, I followed him like a hawk and I stimulated him like a psycho.  He was my everything and in my eyes, no one would ever come between us ( I sound like an insane girlfriend oye). 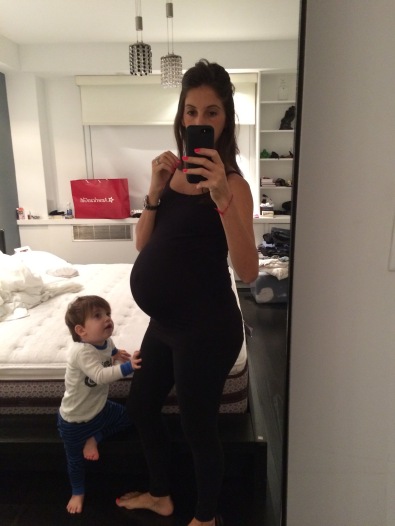 Once I found out I was pregnant with Jett the excitement wore off and reality set it.  Holy shit, how could I possibly feel this way about anyone else?  For 9 full months, I would look at Jagger on a daily basis and feel guilty that I was about to ruin his life.  I know it sounds insane but I would look at this sweet little mamas boy who had all my attention and love and knew that his whole life would be rocked, and he had no idea.  Everyone had said a sibling is the best gift you could give your child and the rational part of me understood that but the rest of me was in total panic mode that I would resent this child for coming between Jagger and me.  The night before I went into labor I remember hysterically crying to Shai that I didn’t want the baby to come out.  Our life was “perfect” and our dynamic would be thrown off and I was just regretting the decision to have another.  Fortunately for me, I had no control over this and this baby was coming out whether I was ready or not.  On my 31st birthday, I went into labor. We had no idea what we were having, aside from a tiny human that would ruin jaggers life 😉  Well after the most excruciating pain of my life (my epidural didn’t take because I was 6cm when I went in, but that’s a whole other blog) the sweetest little girl was born.  The minute she was placed on my chest and wrapped her tiny little hand around mine, it was game over.  She immediately won my heart but the next challenge was winning over Jaggers.

I was so excited, scared, anxious and overwhelmed when Jagger was coming to the hospital to visit us and meet his new baby sister.  Should I be holding her? Will he freak out seeing me in a hospital? Should I pretend she isn’t mine?  All of these thoughts raced through my head as I waited for what felt like the scariest first date I’ve ever been on.  I decided he was going have the face the facts head on that I was not only his and he would officially have to share his mama from here on out.  He walks into the room, so sweet and slightly confused and saw me, hospital gown and all, holding his new best friend.  He immediately got into the bed with me, looked at her and said: “That’s my baby sister”.  I was overwhelmed with emotions but most all of relieved that he understood (somewhat) that she was ours.  We then gave him a giant gift all wrapped up that she chose for him and she had officially won him over.  While it was hard for him to leave the hospital and go home without me, the welcome I got 2 days later was well worth it.

Now, this is where the fun really begins.  Juggling two kids is no joke and I highly recommend all the back up you can get.  Whether it be a baby nurse, a friend, or family members this will be your biggest asset in helping your first born adjust.  Yes, we were a bit excessive and kept our nurse (now our nanny Ludy) for 11 months, slightly embarrassing, but it made the transition somewhat seamless.  Side note: I admit this sounds insane but I had JUST opened The Playroom NYC and had to be there 24/7 and I honestly needed to be able to function.  Then we got a little too used to live in help and got spoiled.  Sure it was weird when Jagger looked at me 3 months in and said, I know you’re my mommy, but is Ludy Jett’s mommy? Yikes!  Anyway, the ultimate goal is to make sure your older child feels incredibly special, loved and maintains the center of attention.  In order to do so, these are my top pointers to help the transition go a little smoother 🙂

Rule # 1:  When anyone came over to see Jett, we would make a huge deal about Jagger first (bearing gifts for him as well, it can be a bouncy ball but something for him always).  Every single time Jagger initiated introducing Jett as the proud big brother and this way, he never felt less important.  Let’s remember until this 7lb swaddled baby came, your older child was everything to everyone so let’s not rock the boat too much.

Rule #2:  Let your older child “help” with everything.  Jagger changed many diapers, handed me bibs and basically, breastfed Jett during the first few weeks of our new life.  You always want to make them feel included even it’s a pain in the ass because it helps them take ownership of the babe and develop a sense of importance in the home.

Rule #3:  Spend alone time with your big one.  At the end of the day, the baby doesn’t know it’s ass from its elbow and if you or your sister’s brothers cousin feeds them it makes no difference, as long as they are getting fed (unless your nursing of course).  Take your kid to their classes, pick them up from school or go see a movie ALONE…just be sure to have special quality time with them.

While I realize these 3 tips aren’t the end all be all, I truly believe they will help ease the transition in going from one to two.  If Jagger and Jett’s relationship at ages 3 and 5 is any indication of this, I feel I have done something right. 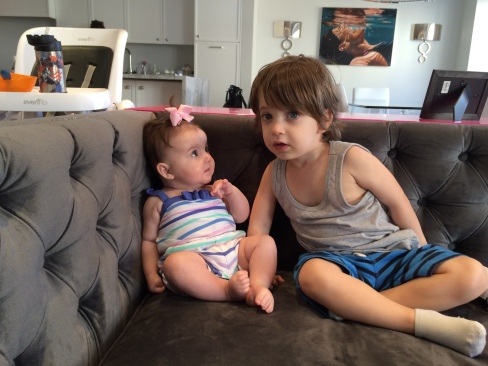 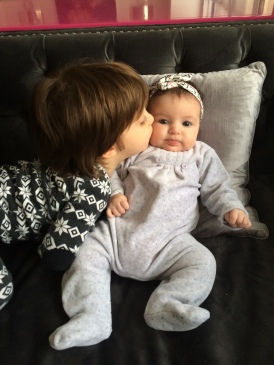 If you are reading this and currently pregnant with your 2nd I want to let you know it’s all going to work out.  It may feel hard at times and often overwhelming but it truly gets better and easier.  You may feel like you will never love anyone as much as you do your first, but the truth is you start to love them even more! No I’m serious.  Your older child is most likely ranging from 2-4ish which we all know are the most annoying years, so while your “angel first child” is melting down in the supermarket over a fkn kit kat, just look down at your beautiful sweet silent newborn and smile…because they can’t talk back just yet.